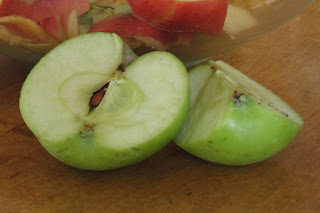 I ended up getting fourteen cup jars and three pint jars of delicious apple butter made and processed (and oh, did the house smell good while it was simmering!). The full jars are still sitting on the counter waiting in all their autumny glory to be stored in the basement for our enjoyment this winter. 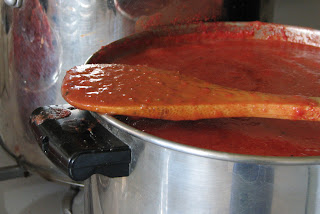 I also made another batch of tomato soup from the garden tomatoes that have ripened since being brought into the house. The tomato soup is still waiting in the kitchen to be stored in the basement too. 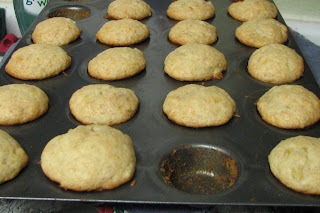 Little Man and I also made an enormous quintuple batch of banana bread from some sale bananas (they were 43 cents a pound!) that were getting too brown to eat. Benjamin helped by mashing the large quantity of bananas, and I said something to Little Man about how big and strong his daddy is. Then when Little Man took his turn on the bananas, he exclaimed that he was strong too. : ) It is so much fun seeing him grow and try to be just like Daddy.
Tackling all these big cooking projects was fun and rewarding, but I think I'm ready for a few weeks of small, normal kitchen projects. I think I'll attempt things like making a single batch of pumpkin chocolate chip cookies and attempting to stick to my menu plan again.
Entry by Christina at 1:20 PM

incredibly beautiful photography, christina. i loved reading of your account of your productive week. everything you do turns into a work of beauty.

you are like the excellent woman that solomon describes.

sounds like a productive, happy and busy time. so fun!

you accomplished a lot...that's even more amazing knowing you have a little one in tow! the apple butters sounds delicious!