Speaking of last October and our trip to Utah,
here's another project I finished back then:
the Urban Jungle Crocheted Slouchy Beanie.

When I realized I had it pinned three times,
I decided that I really should just make one.
The pattern was well-written and easy to follow.
It turns out that puff stitches are fun and easy to make! 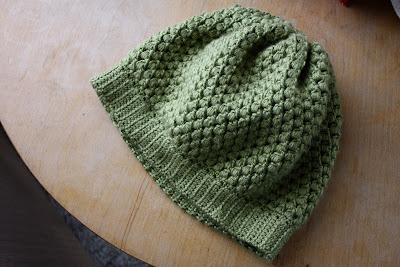 By itself it looks rather lumpy and plain. 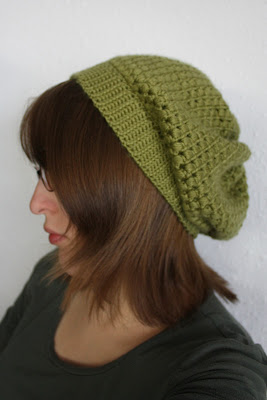 But when I put it on and scrunch it up a little,
it looks all cute and, and...
well, almost a little elfish.
Or maybe it's more like a dwarf hat.
(you know, like a snow-white-and-the-seven-dwarfs dwarf hat)
I'm not entirely sure either is really a good thing,
but I still like the hat.
A lot. 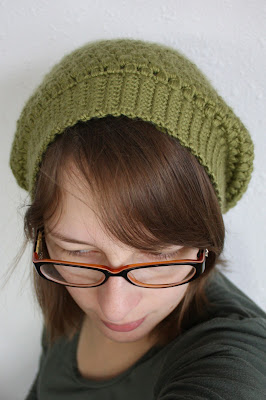 It goes perfectly with my leaf necklace. 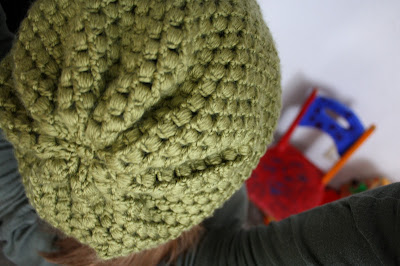 And is, as Brother would say, delightfully "cozy and warm."
Yes, I like it a lot.
Entry by Christina at 6:00 AM