Oh, boy. This post has been photos-only in draft form for a long time. Let's see if I remember these recipe experiments well enough to talk about them. 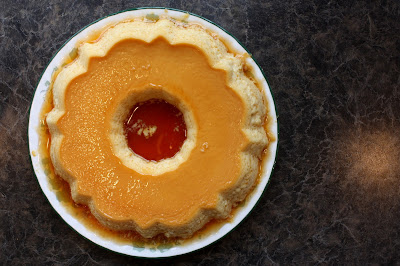 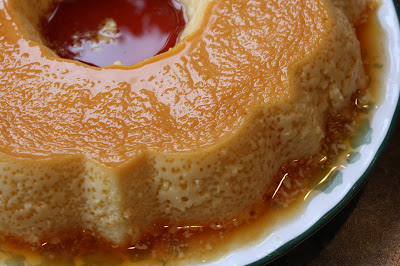 The recipe: Easy Flan Recipe. When I lived in Brazil as a child, flan (called pudim in Brazil) was my very favorite dessert. I decided to try to recreate this childhood memory in celebration of my half birthday (I was so busy on my actual birthday that I didn't get a cake) last April.
The mods: Instead of baking several small flans in remekins, I cooked one big flan in my bundt pan. I increased the cooking time, and it was just fine.
My impression: This recipe was just as easy as its name promised, and it had all of the delicious rich, creamy, caramelly glory that I remembered so fondly. If you need an easy, make-ahead recipe that will wow anyone who eats it, this is your recipe. 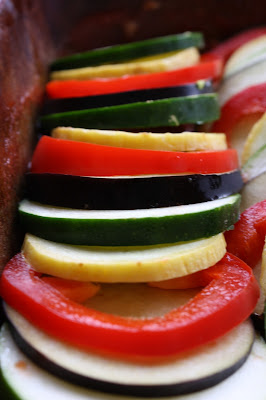 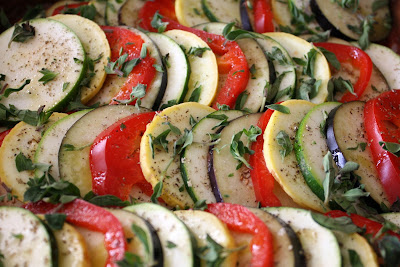 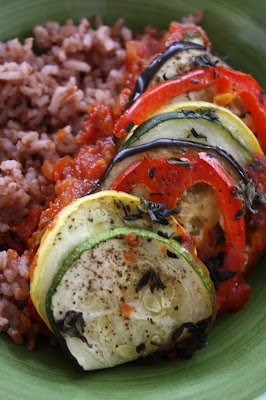 The recipe: Ratatouille's Ratatouille over pink rice
The mods: As I recall, I followed this recipe fairly closely except that I didn't serve it with goat cheese, and I think the fresh herb I had was marjoram and not thyme.
My impression: Eggplant makes my mouth and throat tingle painfully. I don't know why I keep trying to eat it. Still, I truly enjoyed this recipe and may even make it again. Next time I think I'll use a small pasta instead of rice. 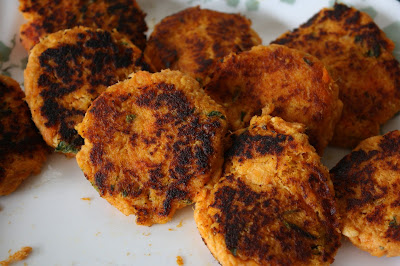 The recipe: Sweet Potato Salmon Cakes
The mods: I used three five-ounce cans of the salmon that is more like tuna instead of the single 14 ounce can that has skin and bones in it as well. I'm also not a mayo fan, so I skipped making the mayo.
My impression: I really wanted to like this recipe, but I was disappointed. My kids did not like these at all, and I ate them because I was hungry but didn't love them. They were a little dry (which was probably my fault for not making the mayo), and I didn't find the sweet fish taste amazing. Next time I'll probably stick to my normal salmon patty recipe and serve sweet potatoes on the side.
Entry by Christina at 6:00 AM