Little Man was so excited about the Labor Day parade that he literally hardly slept Sunday night. It could have been a recipe for disaster, but thankfully he had four grandparents eager to help entertain him, so we managed to get through with the smallest amount of chaos possible. 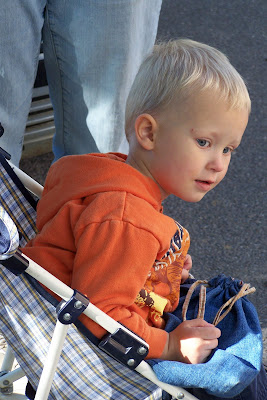 Eagerly waiting for the parade. 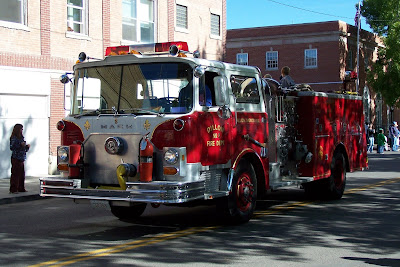 The fire trucks and horses seemed to be, aside from the candy, Little Man's favorite parts of the parade. (See the four windows directly above and just to the left and right of the fire truck's siren? They're some of the windows to the apartment that was our first home as newly-weds.) 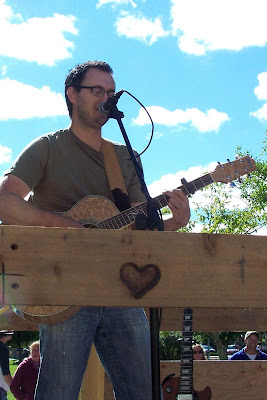 Representatives of our church's music program formed a band which played on a float all along the parade route. Benjamin did a fabulous job leading. 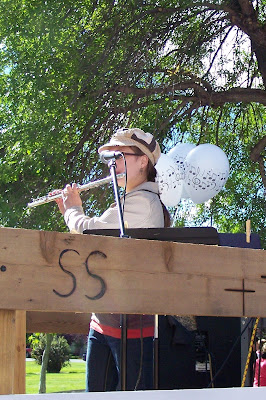 I also played on the float (yes, that's me behind the microphone), fulfilling one of my long-cherished childhood dreams of being in a parade. It was just as fun as I thought it would be!
Entry by Christina at 2:12 PM