confessions of a doodle addict

As I mentioned a couple of posts ago, we spent much of last weekend at a church conference. It really was helpful and encouraging. In the packet given to all the attenders was a pad of paper and a pen--a dangerous combination. The following are some of my best conference doodles. 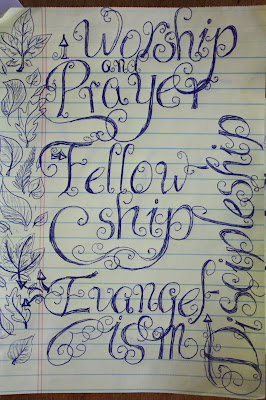 Contrary to what some people believe, doodling actually helps me focus. I pick a few key words or ideas that are being discussed, and as I draw them, I am actually able to pay better attention. Not to mention that since I can't seem to keep my hands still, doodling is a much better option than picking my cuticles until they bleed. 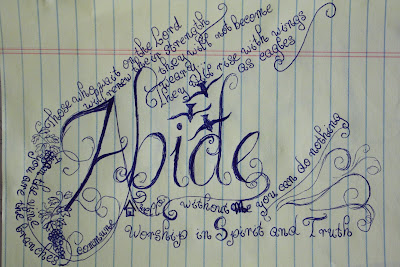 Meditations on "Abide." I like this one and might rework it into something more purposeful and less meandering. 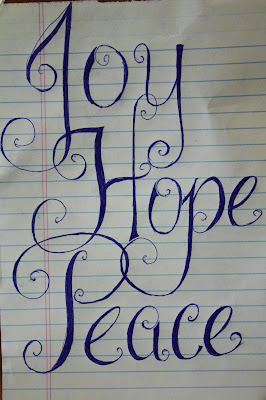 I really like the "feel" of this one and am actually reworking it into a full blown 8x10 piece of art. 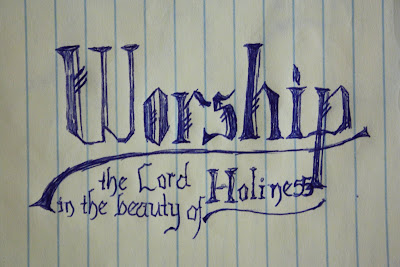 I don't like doing this script with a ball point pen. It just does not translate as nicely as my curly script. 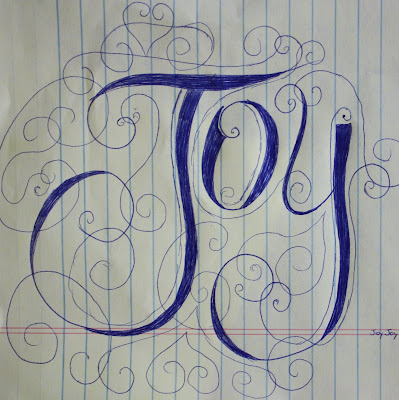 As the conference progressed, my drawings became only slightly related to what was being discussed. 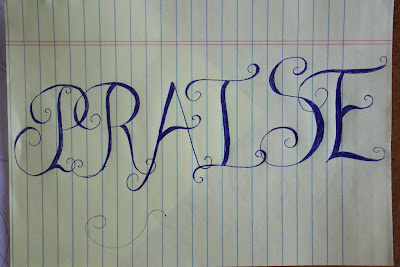 I like the idea of this one, but I don't like the way it turned out. The curls come across too hard and curly, and the end of the word it significantly larger than the beginning. 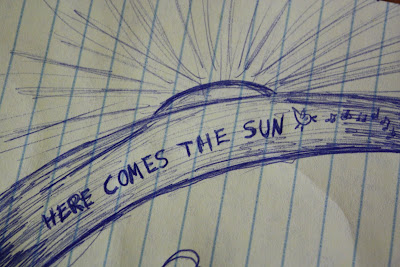 As the conference dragged on and I became restless and tired, I must confess that my doodles bits of random song lyrics and unrelated little pictures. 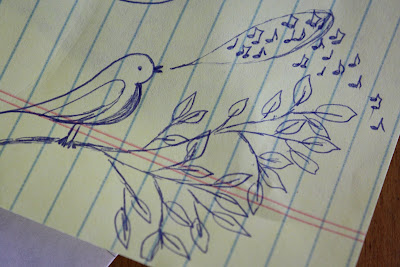 They're such happy little doodles, though, and since I was still listening and my cuticles came out unscathed, I'd think it's okay. : )
Entry by Christina at 3:47 PM

do do do do LOL

you totally made me laugh with this post because I am SO guilty of doodling! (love the here comes the sun. One of my favorite songs!) Yours is a lot prettier than mine though!! Pretty as in almost frameable. I like the idea of that one being done in an 8x10 size. A lot of those would be pretty done that large with real calligraphy pens.

I'm a doodleler (is that a word?) also! Mine tend to be geometric shapes and funny faces, but I agree it can help me focus. Love yours. I think it's great that you are re-working some as art. Good idea!

Hi Christina! These are lovely! I esp love the artwork for the Jeff and Katie piece. Perhaps ours can look similar? We can't wait for the final result! Love, Aunt Mary xo