I love Pintererst. It took me a while to jump on the bandwagon, but now that I'm on, I intend to hang around for a while. It's such a handy way of organizing all those lovely ideas I find that I don't want to forget. I have an entire board dedicated to Autumn projects, and as the days are cooling and the leaves are brightening, I have decided to try to tackle one of my Autumn projects a week.
The first project I decided to work on was one that the boys and I did together. It is a combination of an idea for making colorful autumn leaves with waxed paper, crayon shavings, and a warm iron with an idea for making a mantle decorating leaf garland. 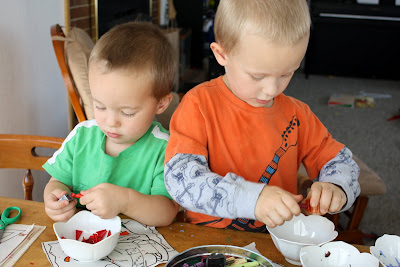 We began by discussing which colors were autumn colors, and then I let Little Man choose which colors we would use from his crayon tin. Then we made lots of crayon shavings with pencil sharpeners. Both of the boys enjoyed it, but making crayon shavings takes a surprising amount of strength, so I ended up doing most of it. 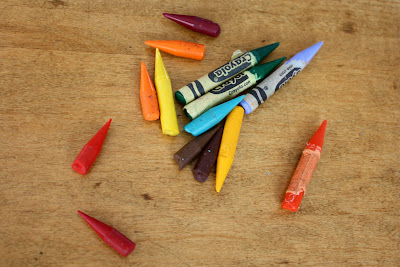 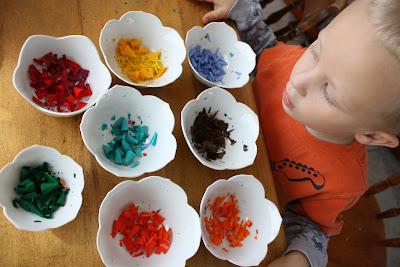 Little Man insisted that the periwinkle and teal colors were autumn colors too. : ) I can see his point; after all, the autumn sky is a brilliant blue. 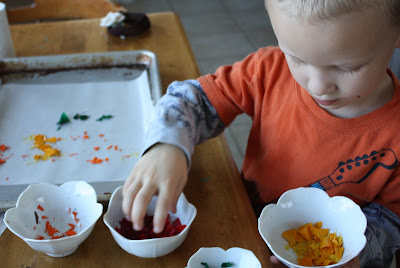 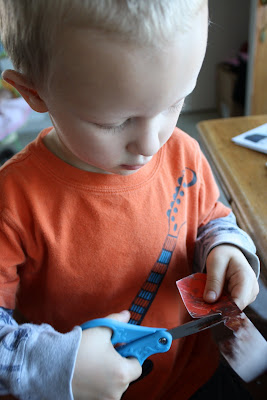 Then I traced and free handed leaf shapes, circles (I thought that periwinkle circles might be a little more appropriate than periwinkle leaves), squares, and even a couple of kites. Little Man, who is becoming quite handy with scissors, helped cut our shapes out. 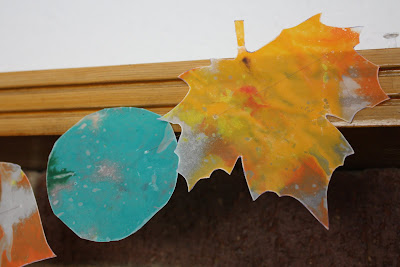 We made maple leaves. 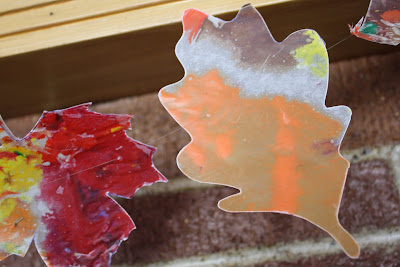 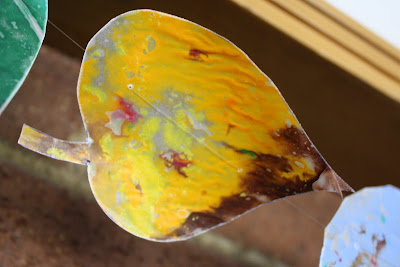 And being good westerners, we had to make some aspen leaves too. 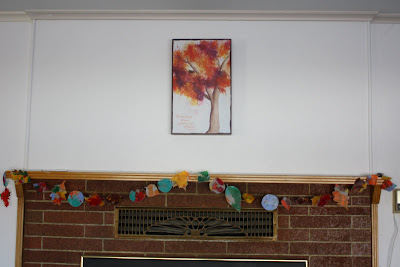 Then we strung them all together, draped them on our mantle, and admired the effect. Little Man told me this evening: "I liked finishing that project with you!"
Linking up with Jennifer's Studio Sneak Peek.
Entry by Christina at 6:00 AM

sweetness: seeing the picture of the boys working intently together, seeing your careful planning and time investment, seeing the finished product and hearing a little boy's response. <3 melts my heart.

Oh, the garland is darling!!

I have GOT to try this with my kids! Thanks for the idea and what lovely photos!!!!

That is so cute!

this is beautiful. I agree. It needed the blues to be true Autumn colors. he has an artist eye.

These are gorgeous! I literally caught my breath when I scrolled down and saw the leaves. I love the rich marbled color and the semi-transparency. Such a great idea!

Nicely done! I might have to make some of those myself with my tweener!

I remember making these growing up. I love the marbled look it makes. Such a fun project. Your little guys are so creative! :)

what a fun project! love the colors that occurred from the melting crayons. very fun!