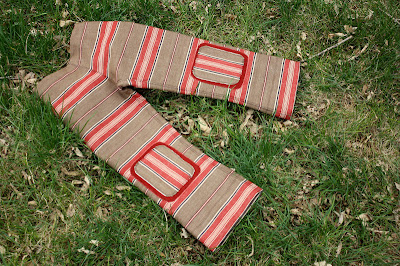 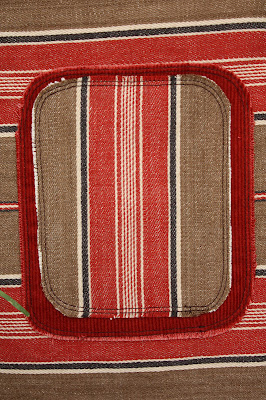 Don't be fooled, while the double knee patch looks cool, it's a detail designed not for style but for practicality.  Little Man wears holes in the knees of his pants like there's no tomorrow. This simple addition to his pants should quadruple the amount of wear he gets out of them.  When the first layer wears through, I'll just use my handy seam ripper to remove it.  I'll repeat the process when the second knee patch wears through.  When the pants themselves wear through, I'll sew on a cute dinosaur or train patch, and when that wears through, well the rest of the pants will probably also have worn out as well. Ha. 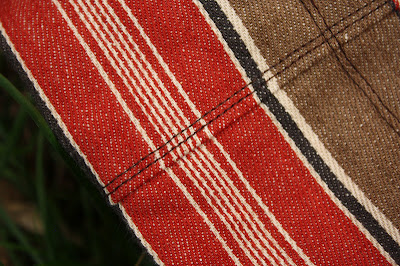 There are several things I'm particularly proud about these pants. First, I used a double needle for the top stitching.  I'm honestly shocked at how ridiculously easy it actually is.  Second, I'm so happy with how the stripes lined up!  It's not perfect, but it's close enough to make me beam. (Shhh...the ones in the photo are the very best ones in the whole pair of pants.)  Also, after reading a couple of good tutorials, I drafted my own pattern for them! Last but certainly not least, Little Man not only looks adorable in them, he also loves them! 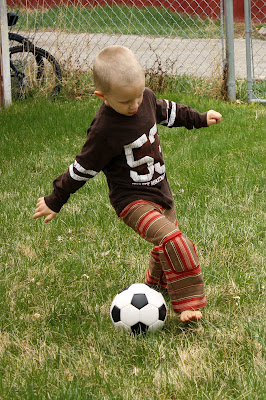 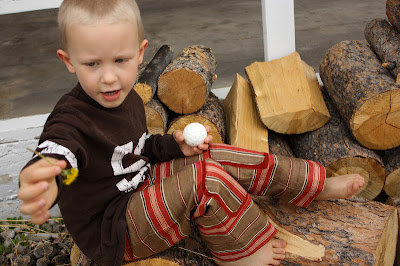 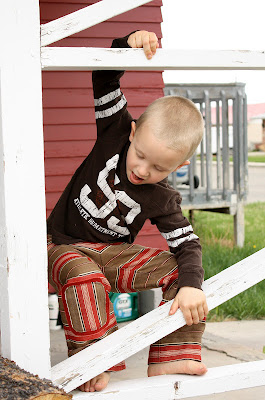 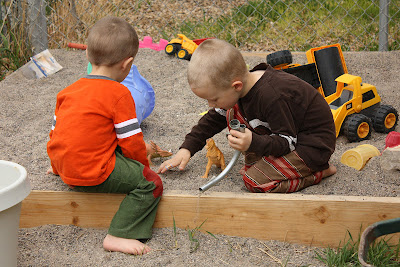 [Brother is still wearing his new pants today too. Such a compliment!]
Entry by Christina at 5:49 PM

Those are so cool Christina! What a great idea... and they look so cute! :)

I love those pants! They would be good made from fabric salvaged from a pair of men's pants. I made things like that for my boys all the time. Unfortunately, nothing I make for my grandkids gets used except for pajaamas. Good for you son for being willing to wear something that didn't come from Walmart!