Since I don't have too much on my plate as far as projects go right now, I thought I'd join in Elsie Marley's KCWC (Kids Clothing Week Challenge: A challenge to work on children's clothes for at least an hour a day for one week).  Today I made some pants for Brother. 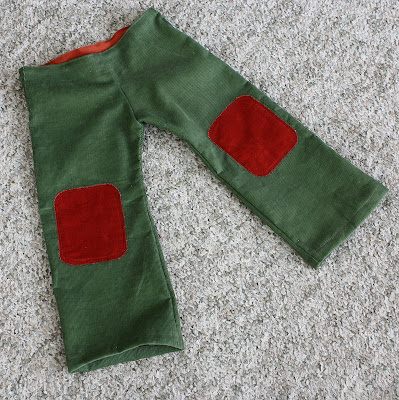 Brother would live in pajama pants if I let him.  Most of the time I do let him wear pajama pants, but there are times that I want him to look just a littler spiffier than that, and I force him to wear jeans or khakis.  I asked him recently why he doesn't like jeans, and he responded: "Umm...Because they make my skin hurt."  I suspect that the fact that they are hard to get into by himself also make jeans less appealing to my independent little guy. 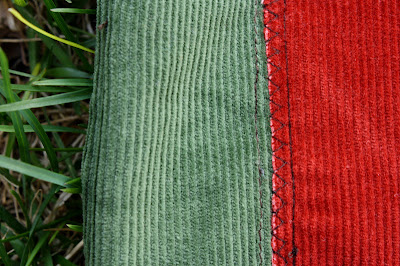 So I decided to try to make a pair of pants that would be durable, cute, comfortable, and easy to put on.  I used materials I had on hand: green and orange corduroy that I picked up for a song at our local Bargain Basement plus some thread and elastic from my stash. 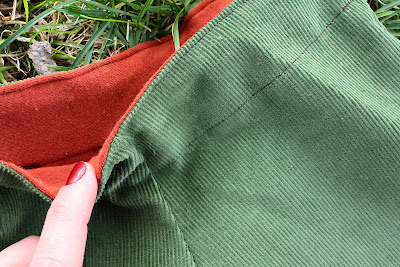 I based my design on Dana's kid pants with a flat front tutorial/pattern.  I added a band of super-soft knit fabric from an old t-shirt on the inside to encase the elastic, protecting his skin from being rubbed raw by tough corduroy seams. 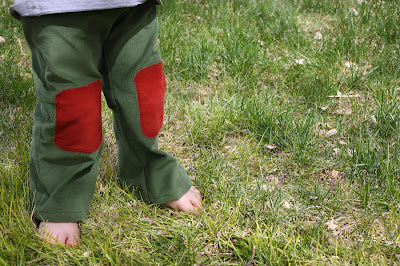 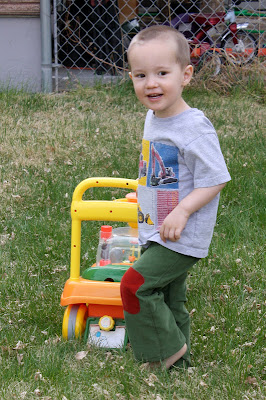 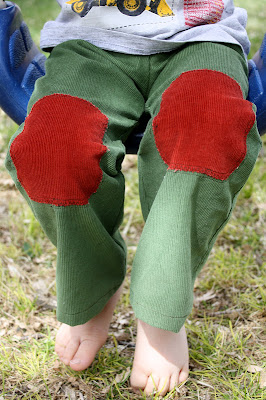 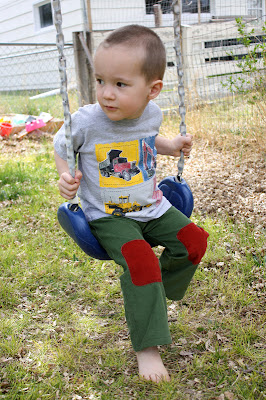 So far they seem to be a success.  Brother put them on immediately and delightedly, posed for pictures without complaint, and has been wearing them ever since.
Entry by Christina at 4:30 PM

not taking them off is the best compliment you can get!

aww. so excellent for him.